When we talk about NFT (Non-Fungible Token) the first and the most important question is that what is NFT? A non-Fungible token is a unit of data that represents a unique digital term and provides the proof of ownership of the NFT and is created by uploading files on auction markets which creates a copy of the file recorded and can be bought using cryptocurrency. The Non-Fungible Tokens can be bought with cryptocurrency and can also be resold. NFT’s can be used to commercialize digital creations which include the likes of music files and video games. It can also commodify digital arts and can access any copy of the original file if you are an owner of the token. However, the buyer of the token won’t be able to access the original file or gain possession of the original file and will only get a copy of the file. NFT sites are gaining immense popularity over time and many artists and gamers sell their products online to gain high amounts of profits. Even famous brands are shifting to NFT which includes Taco bells. The Non-Fungible Tokens have shaken the market a lot and allow every buyer and seller to make profits by taking parts in their auctions.

Non-fungible tokens have many uses and can also create an artificial scarcity. In digital arts, NFTs are used to assure the unique signature and the ownership of NFTs because of the ability of the NFT blockchain. Non-Fungible tokens are also used in video games to represent in-game assets that can be controlled by the user rather than being controlled by the game developer and allows assets to be traded without the permission of the game developer. There are many more uses of NFT such as music files.

NFT blockchain is basically where the Non-Fungible Token files are stored and acts as a digital ledger. The NFT blockchain records all the information in such a way which is impossible to hack into and makes sure the NFT data is secured. The NFT blockchain allows the artist to upload copies of the file on the market and sell them for cryptocurrency. The blockchains also help commodify games and music files which allows the user to make changes without the permission of the developer. A non-fungible token is the most run-on proof of work blockchains which has caused some criticism. The NFT blockchain makes the tokens unchangeable and fungible. 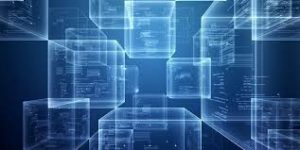 Non-fungible tokens (NFT) are one-of-a-kind assets in a digital world as they are bought and sold like a piece of property and are thought of as certificates of ownership for virtual assets. These tokens are bought with the cryptocurrency which is widely known as the NFT crypto. The original file is copied and sold for cryptocurrencies but the owner of the token won’t get the original file he/she will only get a signed copy of the file which could be of anything including paintings and houses. You can buy anything using NFT crypto. Unlike bitcoins, the tokens are unchangeable and fungible which makes them one of their kind. You can buy the NFT crypto online and take part in auctions for houses and different things the site has to follow. 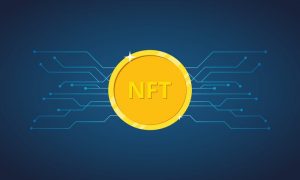 The NFT crypto is increasing in popularity which means more and more people are buying them. The only way to buy the Non-Fungible tokens is by adding NFT crypto in your wallet which you could buy from the site which would allow you to buy and sell games, paintings, houses and make ridiculous amounts of profits by further auctioning them into the market. The NFTs are very popular which increases the demand for cryptocurrencies which is a private currency to buy these tokens and things like bitcoins.